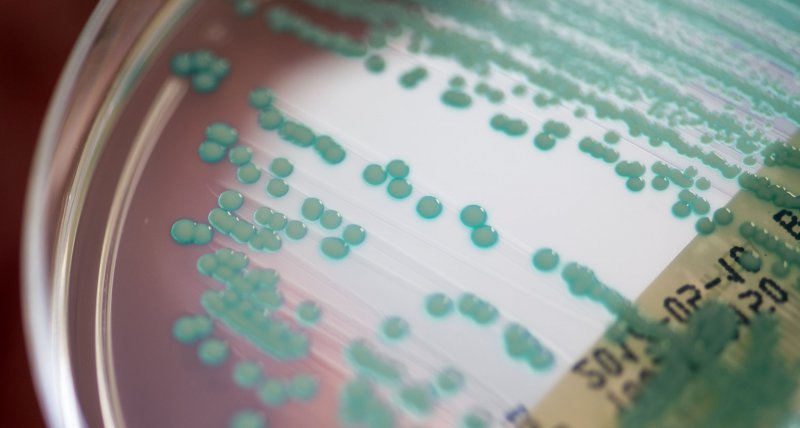 Stanford – An analysis of more than 7,500 bacterial genomes shows that typhoid pathogens are clearly becoming increasingly resistant to the most important antibiotics. IN Microb Lancet The largest analysis of the Salmonella enterica serovar Typhi (S. Typhi) genome to date has also revealed that resistant strains have spread to other countries almost 200 times since 1990, mainly from South Asia (Lancet 2022; DOI: 10.1016 / S2666-5247 (22) 00093-3).

Typhoid fever has become very rare in this country. A total of 13 cases of typhoid fever were reported to the Robert Koch Institute (RKI) by the 19th week this year. Most cases reported in Germany are imported from predominantly Asian countries.

Approximately 70% of South Asia bears the brunt of an estimated 11 to 21 million cases of typhus and 128,000 to 161,000 typhoid-related deaths worldwide. But the disease is also significant in sub-Saharan Africa, Southeast Asia and Oceania.

The isolates were derived from blood samples taken from typhoid patients in Bangladesh, India, Nepal and Pakistan between 2014 and 2019. In addition, a collection of 4169 S. Typhi samples collected between 1905 and 2018 in more than 70 countries was sequenced and analyzed.

Control of resistance to important antibiotics

Most countries of origin are in South Asia

The analysis found that resistant S. typhi strains had spread from one country of origin to another at least 197 times since 1990. Most of these tribes originated in South Asia and from there spread to Southeast Asia, East and South Africa. However, there are also reports of cases in the United Kingdom, the United States and Canada.

Da Silva and colleagues report that the multi-resistant S. Typhi tribes in Bangladesh and India have been steadily declining since 2000. In Nepal, they remained at a consistently low level, representing about 5% of all circulating S. Typhi strains. In Pakistan, the proportion of resistant strains has increased slightly. However, multidrug-resistant S. Typhi would be replaced by strains that are resistant to other antibiotics.

Gene mutations that confer resistance to bacteria on quinolone antibiotics have occurred and spread at least 94 times since 1990, with almost all of these strains (97%) originating in South Asia. Quinolone antibiotic-resistant strains accounted for more than 85% of S. Typhi strains circulating in Bangladesh in the early 21st century. In India, Pakistan and Nepal, this share increased to 95% by 2010.

Mutations that confer resistance to the macrolide antibiotic azithromycin have occurred at least 7 times in the last 20 years. Strains carrying these mutations appeared in Bangladesh around 2013. Since then, their population has been steadily increasing. The results of the genomic analysis support recent evidence supporting the rapid emergence and spread of 3rd generation cephalosporin-resistant S. Typhi strains.

The sequenced genomes are not representative

The authors, in collaboration with da Silva, note that their results have certain limitations: S. typhi sequences from several regions are under-represented in the analysis, especially from countries in sub-Saharan Africa and Oceania, where typhus is also endemic.

And even in countries with a larger number of samples, most isolates came from a small number of monitors and may not be representative of the distribution of circulating strains.

The spread of resistant typhoid pathogens is probably underestimated

The sequenced genomes of S. typhi represent only a fraction of the world’s typhus cases. Stanford researchers therefore believe that their estimates of resistance mutations and international distribution are likely to be underestimated. They emphasize the urgent need to extend genomic surveillance in order to gain a better picture of the emergence and spread of antibiotic-resistant strains.

Typhoid fever and antibiotic resistance are a global problem, not a local one

“The speed with which highly resistant S. Typhi strains have emerged and spread in recent years is a real problem and underscores the urgent need to step up prevention efforts, especially in the highest risk countries,” said lead author Jason Andrews, also an infectious disease specialist. at Stanford University.

At the same time, the fact that resistant S. typhi strains have spread so many times internationally underscores the need to treat typhoid control and antibiotic resistance in general as a global rather than a local problem. © jn / aerzteblatt.de